Escape from DC or 74 degrees

74 degrees when I woke. 74 degrees at breakfast. 74 degrees on my ride and lunch! This temperture consistancy is driving me nuts and it is starting to piss me off!

I can't complain. I saw Jared Nieters post on Facebook complaining about the humidity here in the Bahamas, it quickly got 22 pissed off responses from people in MABRA who are getting another bout of snow. Mimi Newcastle tried to jinx me, and I thought it had worked when I arrived at Reagan and saw almost all of the flights out were canceled but a few because of the snow. Luckily mine was a go. 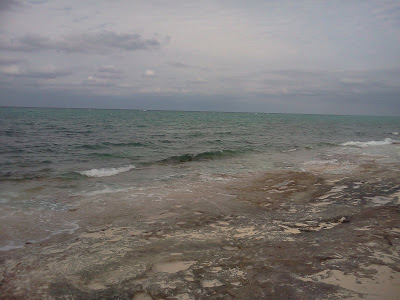 I guess I could complain that when I woke it was 74 f outside and the repetition of the waves lulled me into such a lazy sleepy state that I did not feel like training. It is wonderful here. I don't ride the rollers or trainer, I always head out the door and ride in the cold and snow until my lips crack and stuff, so this is kind of my reward for suffering the elements. 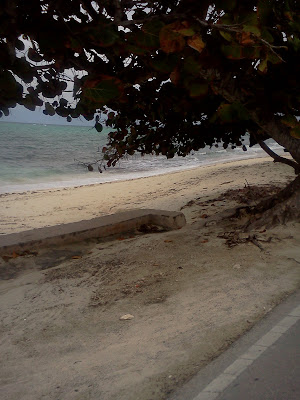 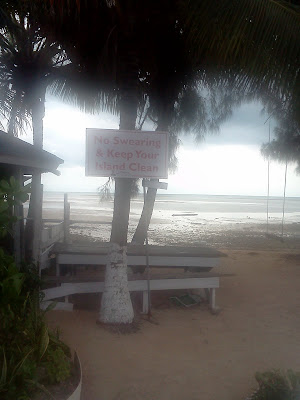 The people here are mostly friendly, except for our drunk cab driver from the airport. He was all over the road, it was terrifying! At on point when he was passing a bus into the land of an oncoming dump truck I put my cycling helmet on. When he noticed he flipped out. When we drove down the long dirt road to where we are staying at Casa La Caya several doge were barking at us on the other side of a fence while happily wagging there tails. When the cab driver saw them he yelled "Wait!" and with a strong accent said "I need to see what these dogs thinking". We just wanted to get out of his broke down cab. Then he said "No need to worry, your with me". 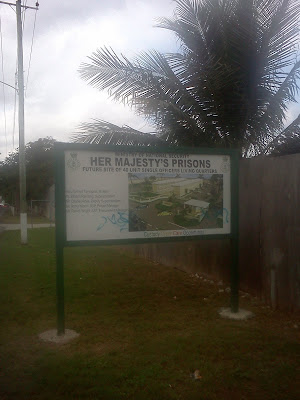 My training ride today was sort of random. I just picked a direction and road until I reached a beach or the road ended, then I would head another way. I had no concerns about getting lost because I am on an island. Here every thing is beutiful or sounds cool. The prison even has a name that makes it sound like a great place to stay "Her Majesty's Prison's". The picture on the prison sign looks like the criminals are housed in condos.

What is funny is I was reluctant to go because of money things but Jared and Eli talked me into it. Turns out, the round trip ticket was only $268 dollars! That is crazy! My last vision of DC is below. 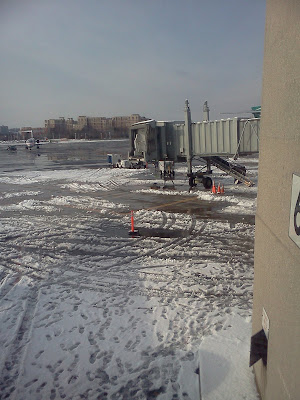