According to Ryan DeWald all you need is three states touching each other, ride your bike in them and you got yourself a tri state ride. It was funny when he said it. 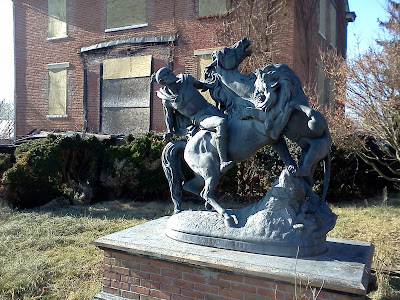 Like most days I went to work super duper early and got it out of the way. Then I went to my usual starting point in Unison. Went up and over Snickers Gap (without turning left on Mt Weather and proceeded to West Virginia by way of some dirt roads and Kabletown. The statue above is out in the middle of no where in front of an old boarded up building that is in front of a Freddy Kruger looking factory. 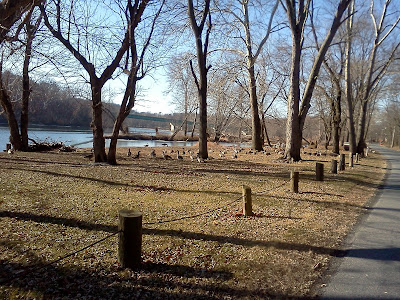 Bunches of roads meander along the Shenandoah, the one above is between HWY 9 and 340. 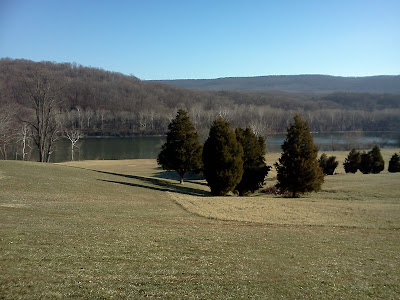 Sometime between these two pictures I got a phone call. I thought it was my friend back in California who is having hard times. I asked him if he was riding and he said he had been riding the mountain bike for a while but was just switching back to the road bike. When he said he had been racing since December I suddenly realized it was DeWald and not the guy from California. The whole time we talked he just agreed with me even though I am sure he had no ideal what I was talking about! 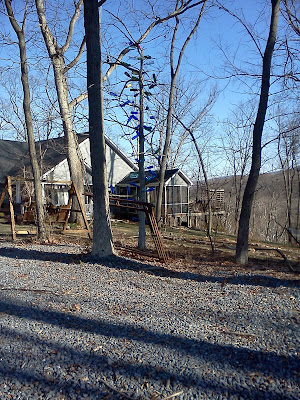 You can't really tell because my photo taking abilities are inconsistent but the tree above has about 50 blue bottles slid onto the branches for some reason. Some kind of West Virginian art maybe. 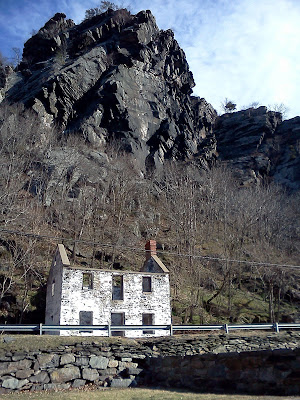 I have ridden past the building above and the train tunnel below quite a few time, but on the other side of the river from this part of Harper's Ferry. I just recently started exploring this side. Pretty cool stuff - and some steep climbs. 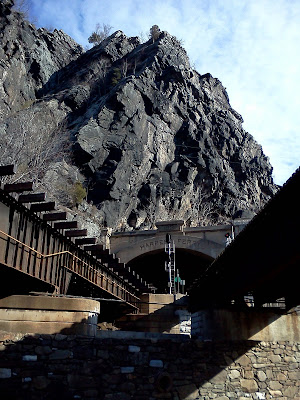